You should know your own 'Rules' Lord's... 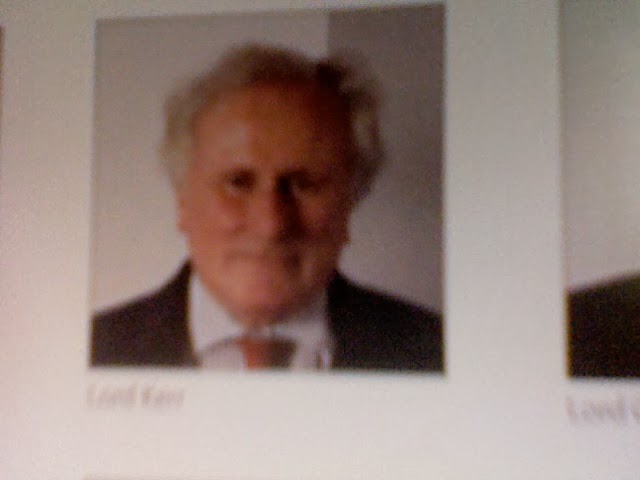 This is Lord Kerr 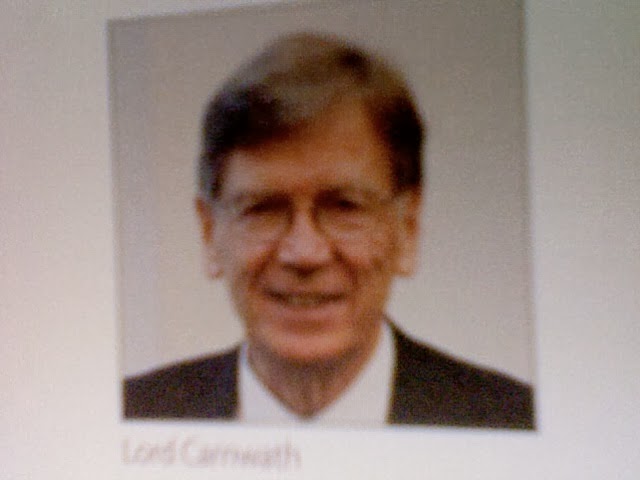 This is Lord Carnwath 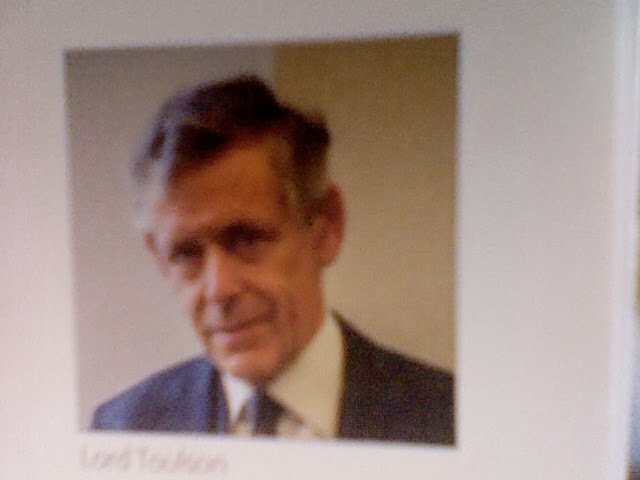 This is Lord Toulson

There are Rules when one applies to the Supreme Court the Highest Court in the land...

I followed the rules

and waited at rule

(I will show all the rest of the rules at the end of the post if you are interested in "fair trial" rules.) 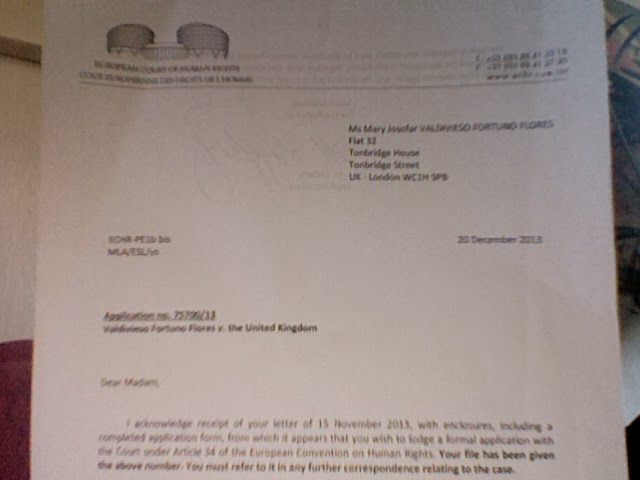 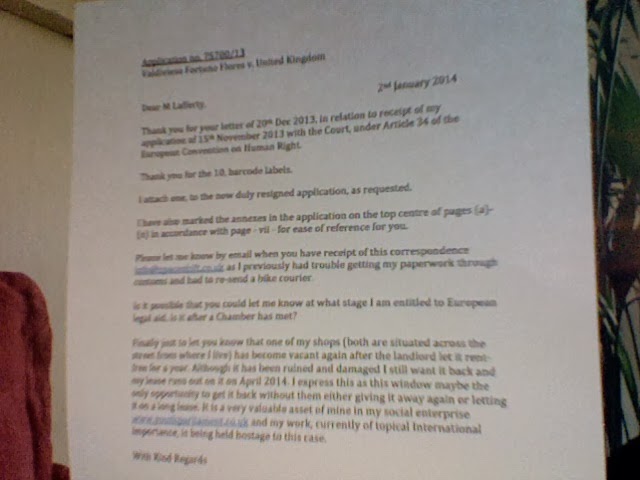 Above is my case number at the European Court of Human Rights and correspondence between us.

Oddly today I get an envelope marked from the Supreme Court. Since I have not had a fair trial or been treated with any respect by the courts to even follow their own rules, the envelope could be one of two or three things.

One in the case of Mary Josofar Valdivieso Fortuno Flores v UK it could be an offer to settle, as that is what Europe first offer a country.

Three well that I did not expect..

it is my case

oh but it is my case

of course they did that at the first hearing, gave judgment without reading my case at all 92 pages,
then I proved it and they simply gave a second Judgment...

So "JUST TO SAY THE SUPREME COURT HAS REPLIED"

Here is a copy 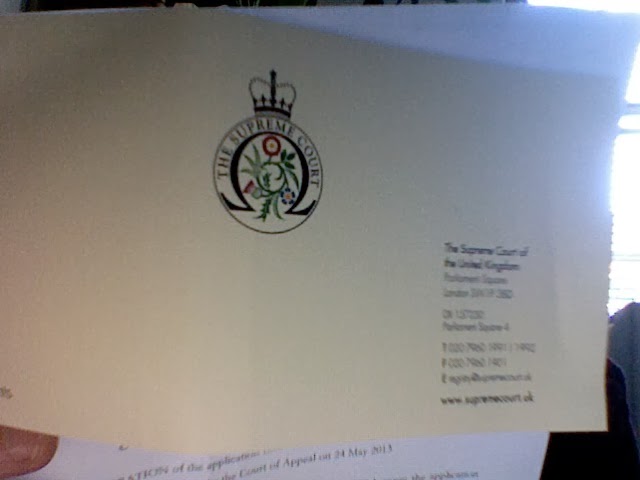 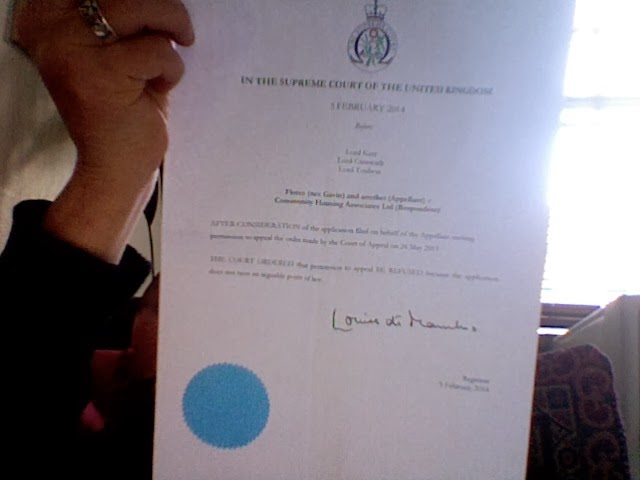 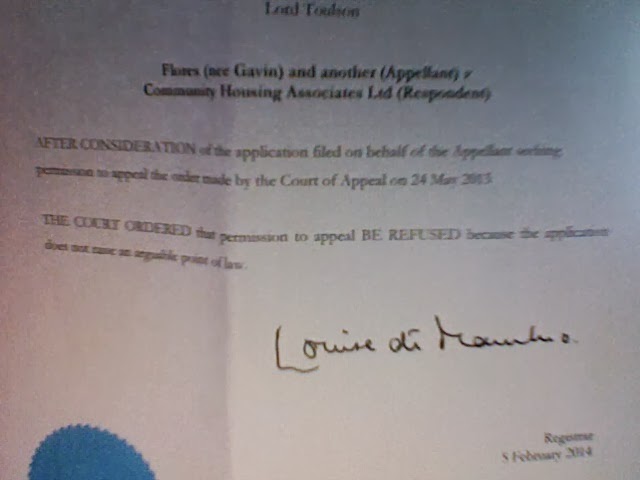 So I think I am still good for Article 1 of the Human Rights Act and Article 6 - Right to Property and Right to a fair trial...


For those that can see the rules here they are... The Supreme Court got stuck till today at 20.


Application to the Supreme Court

1.     Form 1 on A4, bound on left, use paper on both sides.
2.     The Application should set out briefly the facts and points of law and a brief summary of why the application should be granted.
3.     Section 5 of the form should have brevity and clarity when giving the information about the decision being appealed.
4.     The grounds to the Appeal should not normally exceed 10 pages of A4.
5.     The registrar to the Supreme Court will initially reject any application that fails to identify the relevant issues or applications not legible or produced in the right format. You can ask for advise from the registrar to approve the documents and later amend if necessary and serve to the other side as long as it does not unfairly prejudice or cause delay.
6.     Pay the fee, sign the application and serve to the Supreme Court and the parties.
7.      If the application for permission to appeal;

Then state this clearly and give full details. This is a must!
8.     A House of Lords decision is normally binding but the Supreme Court    would ‘depart’ if necessary.
9.     Include any other neutral laws of judgments or law reports and cite them.
10. You can have a public expert called an, ‘intervener’ if the case needs one or if the case is of public interest. As long as they don’t work for the establishment.
11. Get a certificate of service from all the parties you serve to prove you have. Include this in the application and state the method of service.
12. Serve the application to the registrar at the Supreme Court with 3 extra copies of the application plus 3 copies of the order appealed against and 3 copies of refusal by the lower Court to except permission to appeal. Then file on time.
13. The registrar will stamp and seal the application once checked and satisfied that it is correct. They will send this copy sealed back to you by post.
14. If the other side want to add to the application or reject it they can. They have 14 days to do this if they want to participate but notice to them must be given by serving them the application.
15. The application is then complete. Then 7 days after filing any additional papers must be served with 4 copies of the order appealed against, 4 copies of refusal of permission by the lower Court, 4 copies of any official transcripts that are necessary, 4 copies of any final ‘orders’ of all the Courts below, 4 copies of unreported judgments cited in the application of the courts below, 4 copies of a document which sets out a history of the proceedings to date. No other papers are required unless requested.
16. If there are any documents that are necessary to add explain why needed.
17. Any additional documents must be bound in the correct way and copied on both sides of the papers. There must be one and a half line spacing and no gothic script or Roman numeral. Documents must be labelled and indexed. The bundle of paper cannot be more than 2.5cm thick and must be comb bound. All this must be done within 8 weeks.
18. The appeal must then be decided if admissible.
19. The case must be relevant as an issue of public importance.
20. The time limit for the courts to reply is 28 days.
21. The courts must say if it is an issue of public importance.
22. Then if permission to appeal is granted both parties write submissions or have an oral hearing.
23. Points on the important ‘general laws’ must be raised or the case is dismissed with the Court giving the general law reasons. But there is no value in those reasons if dismissed to be then used as a future precedent
24. The Courts must address an application on community law, in full.
25. Permission can be then given outright to appeal with the order sealed.
26. The other side can respond within 14 days by invitation of the Courts and serving 4 copies or at an Oral hearing.
27. We don’t need to respond but the Court can invite further response from us.
28. Then the panel decides and makes an order or a proposal with some terms. We respond within the time frame given.
29. If the panel is giving permission with certain terms then the parties have the right to make further submissions on the proposed terms within 14 days. The panel then make a decision with or without terms. We have the right to pull out and appeal the terms by going to the Court of Appeal again. Then there is an oral hearing for further argument. The other side have 14 days to give any reasoned objections and no large costs can be claimed for this.
30. The oral hearing should be 30 minutes. Then the order is sealed.
31. Any expert witness on any issues of public importance can seek to make a submission in the public interest. 4 copies of these must be served before the application to all the parties and the court with certificate of service signed for, as received by all the parties.
32. If permission to appeal is granted the expert intervener must make a formal application to be involved.
33. Sealed orders are then sent to all the parties.
34. Within 14 days of permission being granted to appeal we must say if we want to proceed and must serve this to all the parties.
35. All the above should be done within 8 weeks but more generally from the application it takes 7 days.
36. The appeal is heard within 21 days of the decision to grant permission to appeal.
37. A judicial review of the case can take place if it has public interest.

It was Lord Carnwath that said 'it is one thing saying that a landlord can get away with leaks on the premises but it is another when they come from outside the premises and are owned by the landlord... would of thought he would have championed my case then as the landlords premises outside mine leaked on mine... of dear the UK is very disappointing...

I did write to one of the three Judges that sent me a reply today.. in the summer..
I was hoping he might take an interest. I have learned that there is never much hope.
Dear Lord Kerr of Kinlochard,

I would like to meet in confidence with you at your earliest convenience to ask you're advice on a court matter of a sensitive nature with regard to Lord Justice Neuberger.

With a number of options I want to know how best to proceed without further upsetting anyone but with Valour and in the pursuit of Justice?

I would be most grateful.