No transcript of Court of Appeal pleadings! 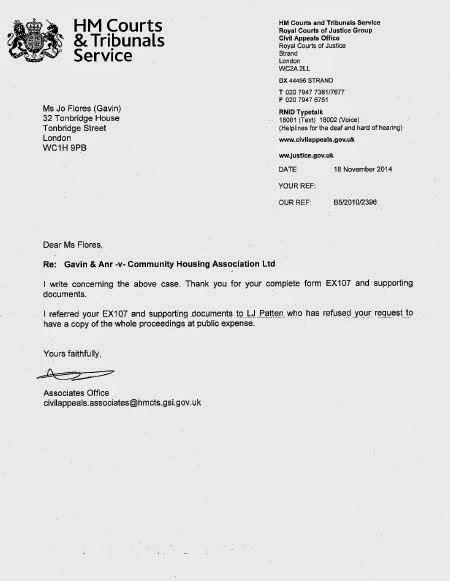 European Court of Human Rights will not even look at my application!

So, I got the letter back from the European Court of Human Rights, it was the same as before.. clearly they too have been got at since they won't even look at my application. My only relief if there is one, is that after 6 years of having to live on £52 a week, to remain eligible for legal aid, I can now get on with my life, what ever that may be. I can stop being a legal ranter and maybe go into policy or something like that. That is if after all this I am at all employable. I certainly cannot set up my own business, buy any property or even look forward to making money with a half a million pounds costs order against me.

I feel sorry for all the tenants that due to my case will find it difficult to get an implied repairing obligation unlike when they had at least Barrett v Lounova & Cockburn v Smith, where a landlord who retained ownership of a building that leaked into another premise remained liable for any damage when parts outside leaked into another person premises and the landlord remained as in Ryland & Fletcher 'Absolutely liable'. The insurance companies will be please that Ryland and Fletcher is not back on the law books as that will save them a hell of a lot of money.

But what is more worrying is that in all this, I never ever stated I wanted an implied repairing obligation all I ever wanted was, as in Earle v Charalambous and BT v Sun Life that in the construction of my lease that said I was insured by the landlord for the building for which I paid my part of the insurance to my landlord was not broken by them breaking the terms of the insurance by not repairing on time and therefore they, not me, made my insurance void.

It is a sad day when the law ignores what you plead and makes up there own case. Drags you headlong into 6 years of fighting the law as a small business and at all junctures one faces no application in law but lots of corporate interests in not letting this average Jo win her life back.

Still I hang up my legal robes and let you make of it all what you will.
Posted by Mary Moss New NAYPIC / Youth Parliament at 02:31 No comments:

The YE-HA (Youth Economy) Bill - Proposal for a Private Members Bill. M.P.s feel free to adopt it and table it in the House of Commons as an urgent matter of public interest.

1.     The Children’s Act 1989 recognised that the welfare of the child is paramount and set out an overarching system for safeguarding children and the roles different agencies play. It introduces the concept of consulting children and young people based on their age and understanding.
2.     The UN Convention on the Rights of the Child 1989 was ratified by the UK in 1991. It set out the principle for a legal framework to underpin all aspects for the care, development and education of all children. It sets out the first ever right to ‘freedom of expression’ and ‘freedom of association’, for children to meet and form associations.
3.     The Government having considered over 30 public inquiries into child care since the 1970’s should adhere to these recommendations in both the Children Act 1989 and the UN Convention on the Rights of the Child 1989 legislations and these recommendations should now be built upon.
4.     There is no central agency that expresses the child’s view-point on any issue of public importance that concerns children and young people directly. In fact most agencies pay mere lip service to consumer involvement and may just tick boxes to adhere to ‘freedom of expression’ legislation by using token representatives, from think tanks to government working parties. Children and young people do not run most if not all, child consumer organisations. Their governance is made up of senior adults often with establishment links. Many consumer child-care groups are reliant on government or other funding. This cannot allow them any freedom to express themselves.
5.     It is time we act on children’s rights legislation as a matter of urgency. In the face of political resistance to investigating matters of historical abuse we may not ever be able to truly understand the magnitude to which children have suffered in the past. However for us to change the course of history currently, rather than wait on yet another public inquiry, we must be able to see and hear and firmly put the child in the public eye immediately.
6.     Proposal to be voted on in this Bill is that each child has a pound each year, in sterling, to be ring-fenced for the twelve million children and young people in the UK from the Treasury. This will provide financial independence as a statutory right enshrining current law in practical terms, to meet and form associations and to have freedom of expression. It may in turn start to inform us the public of the wishes and feelings of the child in the UK preventing child abuse in the future.

With new legislation being debated on Monday next week on the Judicial Review Bill I wish to refresh you all on my own costs hearing of Sept 2010 where I was slammed with half a million pounds costs for standing up for my human rights not to have both my shops and social enterprises taken from me! Without capped costs for judicial review or indeed any civil court case as recommended by the Jackson Review then any of us can be up against a top corporate team as a litigant in person, a society, a justice center, a charity or a human rights watchdog and they will charge us the earth for being so audaious as to fight for our civil rights!


C.. Fine yes yes yes sure fine of course we have to fix them here (what is ‘them’?)
Z.. Yes
Z… Your honour
C.. We can’t fix a period less than 28 days
Z.. your honour I’m not I’m not sure about the 28 days
C.. umm on ..n Yes its ..   subject to 138 the court will order them to pay if the court is satisfied that the landlord is entitled (interesting word) is fortified to enforce forfeiture its 138 the court shall order within the possessions made within the lessors subject  to not 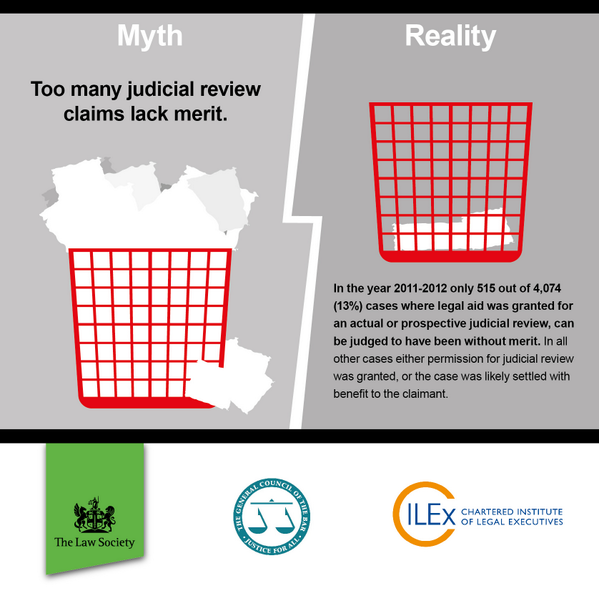 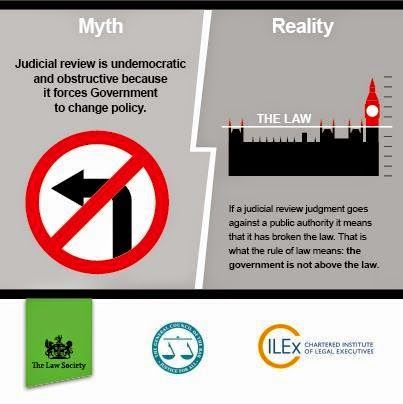 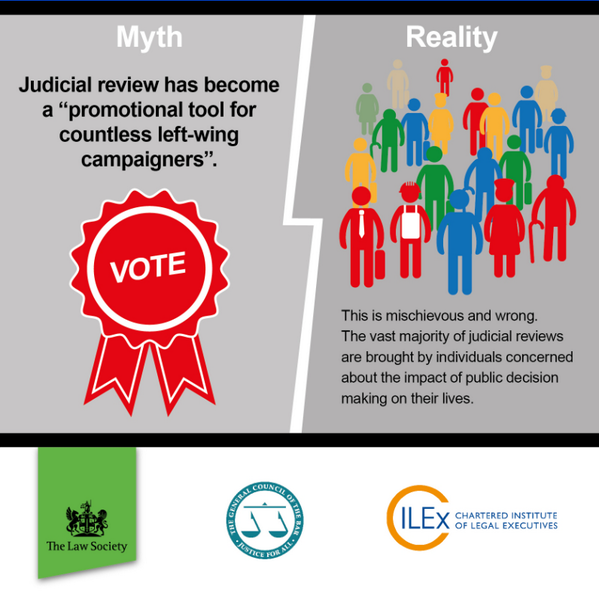 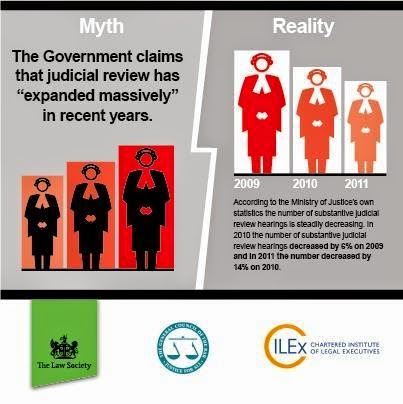 MY COSTS HEARING...Sept 2010 with daily interest rate on the costs to date...
Gavin and anr V Community Housing Association