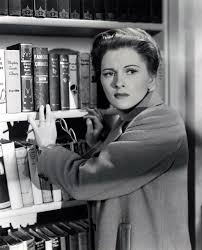 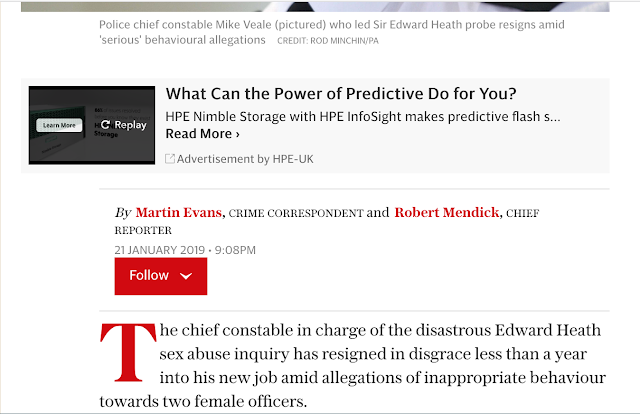 Robert Mendick article still being used 23rd July 2018 so how then is a complaint to IPSO out of time?

What has happened to journalism? Labour Cllr Chris Fay is nothing to do with NAYPIC!

Having won deserved damages against South Yorkshire Police & the BBC, will Sir Cliff Richard now turn his attention to convicted fraudster Chris Fay who has caused so much damage by spreading vile rumours? Or will Fay & co go on getting away with it? telegraph.co.uk/news/uknews/cr…

'Fay insisted he never intended the list be made public but a former colleague had posted it on the internet. The two have fallen out.'

First Fay was not a colleague he was a social worker for Greenwich and an 'informer' to the NAYPIC re several Greenwich cases, where he alone researched and supplied the list to the organisation, after meeting several of the organisation's cases when he happened to be in the office meeting with NAYPIC and then approaching the cases himself outside of the NAYPIC offices.


Second inaccuracy the police approached a former NAYPIC development officer Mary Moss to ask for the list Fay had compiled.


Third inaccuracy Fay was banned from NAYPIC in the early nineties following information given to NAYPIC by their then funding body London Boroughs Grants Unit.


There was no personal falling out 'of the two', at all, she delivered the ban, however the information was severe enough for him to be banned since then and he has had no contact with any NAYPIC staff since.


Fourth inaccuracy; 'He had been a child social worker with the National Association for Young People in Care (NAYPIC) when he began compiling evidence from children allegedly abused at Elm Guest House'

Not true. He did some statistical research for the organisation where he volunteered to help produce a publication on case statistics called 'abuse in the care system'.

Fifth inaccuracy; Mary Moss, a colleague, circulated the list on the internet around December 2012, two months after Mr Watson had made his claims in Parliament.

He was not a colleague. I put the list on the internet because the police knew I still had it. They could have only got that information from Tom Watson who later claims he only met Mr Fay two months after Dec 2012 (in this article it is evident in the inaccuracy in the timeline for any fool to see).


So either Watson is lying, the police were lying and or the whole thing is a NAYPIC sabotage since we were in a lucrative court case over our HQ at the time of the police raid at my premises which produced the list and all the log books at the guest house to which were given to NAYPIC by Carol Cazier before she was murdered.


Sixth inaccuracy; He added: “It was so wrong to put that list online. It starts with hunts. That list could have encouraged people to make up claims.”

The sensitive data with the list as well as log books from the guest house and banking slips etc, were taken from me by police in a dawn raid on my house and I only circulated the documents because they could have been buried.

It was serial complex knowledge, I felt should be put into the public domain at the time rather than in police hands only, whom had no more right to the information as did the public, until such time as the information was investigated by NAYPIC who would then bring about court proceedings and protection for witnesses, instead of what turned out to be a shambles.
A list of public figures accused of child abuse, which was circulated on the internet, was drawn up by a former social worker jailed in 2011 for his part in a fraud
Christopher Fay at his home in South London Photo: Geoff Pugh/The Telegraph
By Robert Mendick, Chief Reporter
11:56PM BST 26 Sep 2015
Posted by Mary Moss New NAYPIC / Youth Parliament at 09:11 No comments: