What a lovely time in Brighton 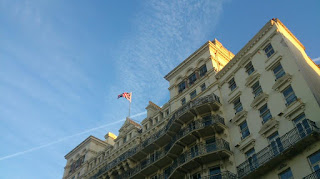 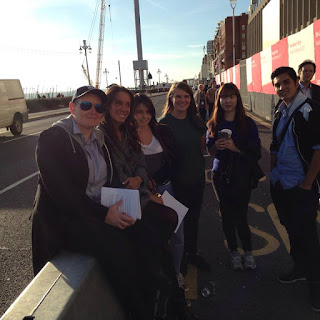 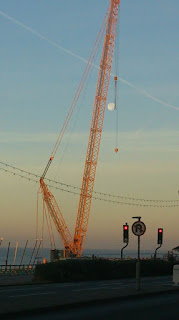 Actually a great Conference - Leafleting for the Youth Economy old style, woke to that Blood Moon!
Met so many people who want change and most of all met MP John McDonnell who said he wouldn't forget about the Youth Economy - So feeling full of hope.. X

For those that didn't see us there for the past few days this is the leaflet even the shadow Chancellor has - YE-HAHAHAHA;-)

1.     The Children’s Act 1989 recognised that the welfare of the child is paramount and set out an overarching system for safeguarding children and the roles different agencies play. It introduces the concept of consulting children and young people based on their age and understanding.
2.     The UN Convention on the Rights of the Child 1989 was ratified by the UK in 1991. It set out the principle for a legal framework to underpin all aspects for the care, development and education of all children. It sets out the first ever right to ‘freedom of expression’ and ‘freedom of association’, for children to meet and form associations.
3.     The Government having considered over 30 public inquiries into child care since the 1970’s should adhere to these recommendations in both the Children Act 1989 and the UN Convention on the Rights of the Child 1989 legislations and these recommendations should now be built upon.
4.     There is no central agency that expresses the child’s viewpoint on any issue of public importance that concerns children and young people directly. In fact most agencies pay mere lip service to consumer involvement and may just tick boxes to adhere to ‘freedom of expression’ legislation by using token representatives, from think tanks to government working parties. Children and young people do not run most if not all, child consumer organisations. Their governance is made up of senior adults often with establishment links. Many consumer child-care groups are reliant on government or other funding. This cannot allow them any freedom to express themselves.
5.     It is time we act on children’s rights legislation as a matter of urgency. In the face of political resistance to investigating matters of historical abuse we may not ever be able to truly understand the magnitude to which children have suffered in the past. However for us to change the course of history currently, rather than wait on yet another public inquiry, we must be able to see and hear and firmly put the child in the public eye immediately.
6.     Proposal to be voted on in this Bill is that each child & young person under 18. has a pound each year, in sterling, to be ring-fenced for the twelve million children and young people in the UK from the Treasury. This will provide financial independence as a statutory right enshrining current law in practical terms, to meet and form associations and to have freedom of expression. It may in turn start to inform us the public of the wishes and feelings of the child in the UK preventing child abuse in the future.

Parliament is from the Word Parle, which means to speak.

Parliament was given to the people because of widespread resistance to the ruling classes. Effectively it was ‘give us the Parliament, the right to speak and form association or like the French we will chop off your heads'

Please be aware at this time that youth want to meet and form association.

Please be aware that this right has been fought for already and it is a law, which the UK has ratified.

Without a youth economy by statutory right this law is being flouted. We are not asking power just to meet & form opinion.
Posted by Mary Moss New NAYPIC / Youth Parliament at 08:27